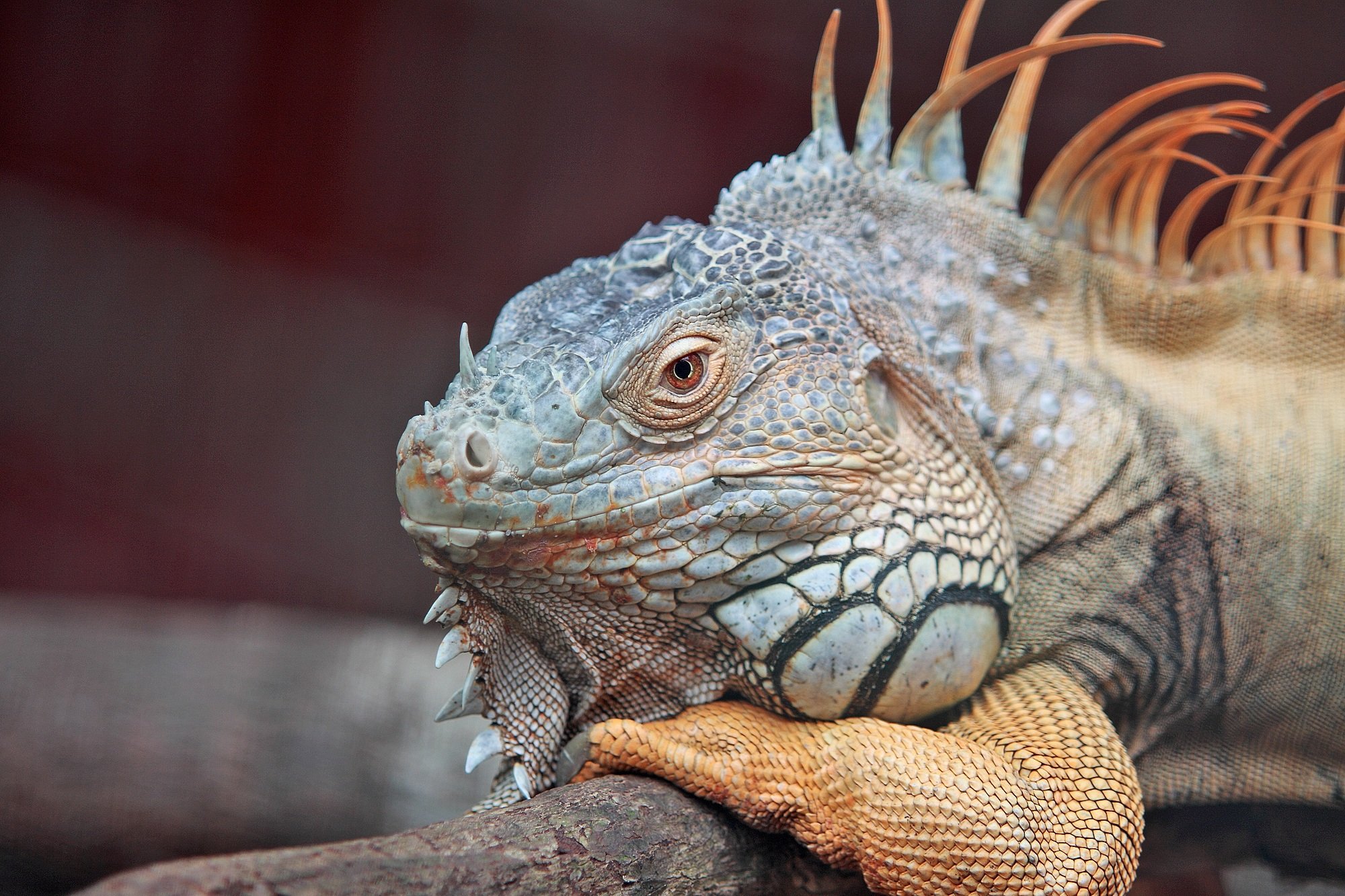 If you’ve lived in Miami for the past few years, you’ve probably noticed an uptick in the number of iguanas roaming the streets and invading your property.

This is because the iguana population is exploding and they have no natural predators in the area to control the population. Chances are, you’re going to deal with iguanas in or near your home at some point.

As pets, iguanas can be fairly docile creatures. Wild iguanas, on the other hand, can seem unpredictable and even a little scary.

How can you recognize iguana behaviors and their meanings? When is an iguana signaling that you should back off? Read on to find out.

A pet iguana may bob its head to greet you or show its gratitude for your ownership. However, this is a relaxed head bobbing. The dewlap flap under the iguana’s chin will not grow tense and it won’t stand up or stare right at you.

Wild iguanas feel threatened by your presence, rather than reassured. If an iguana’s dewlap flap extends as it raises its body and bobs its head up and down, it’s trying to establish dominance over you.

If an iguana exhibits these same signs while also walking closer to you or jerking its head side to side in addition to up and down, it’s time to back off. An iguana that is establishing dominance is threatening and you shouldn’t approach it. An iguana that is bobbing its head and approaching you is feeling extra threatened and may try to attack.

Tail twitching tends to signify a number of emotions or reactions. In a way, it signals confusion–the iguana is in a state of stress and doesn’t know how to deal.

No matter what, tail twitching in an iguana should tell you to back off. The iguana is struggling to react to your presence, which could push it into a state of aggression.

How to Deal With Iguana Signs of Aggression

No matter what, you should treat the wild iguanas on your property with caution. Don’t feed them or try to touch them. Don’t ignore them and let them run rampant, either.

Instead, look into humane iguana removal services. Getting iguanas off of your property and iguana-proofing your yard and home are key in mitigating the iguana population boom.

Iguana behaviors can tell you a lot about what an iguana is feeling, but one thing is always true. Wild iguanas tend to feel provoked by our presence, and keeping your distance is key.

Even more important is removing iguanas from your property. If you, like many Miami homeowners, have an iguana problem, contact us today.